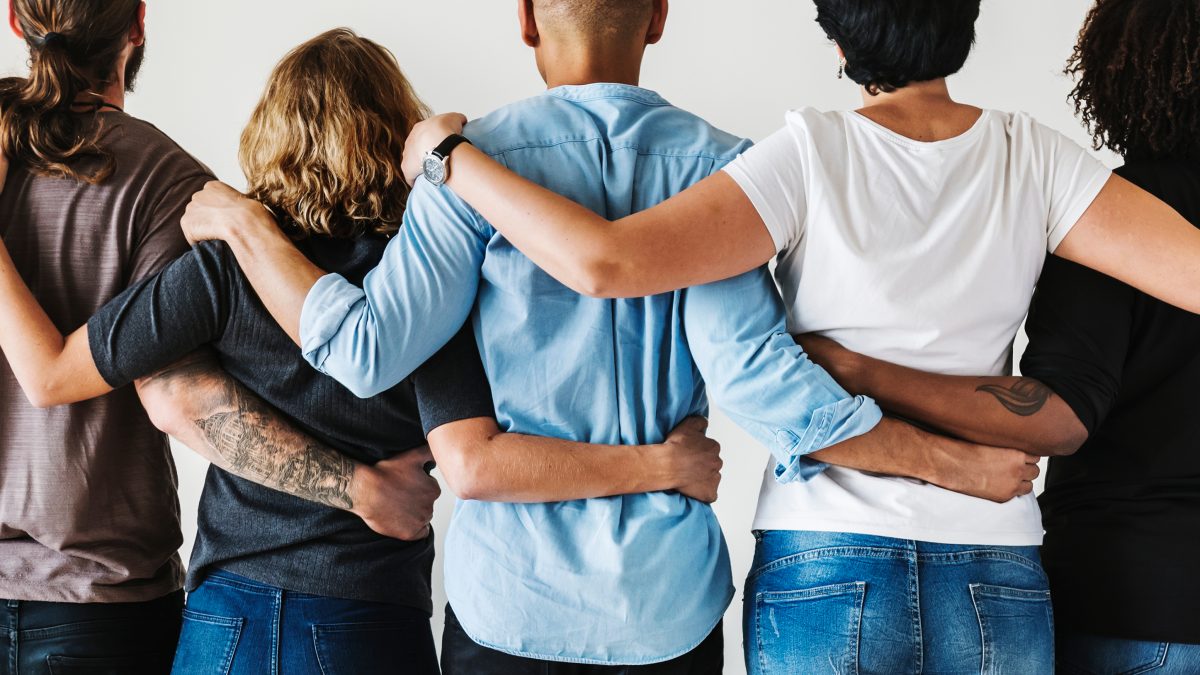 In late 2017, I began writing the first draft of my TEDx talk. This is it.

To be honest, I wrote this after leaving the only steady job and income I was earning—just a few short months after arriving in California. Quitting my job was a risky move, but one I had to make because I was no longer aligned with the organization. In other words, my actions were inspired by contrast (not so great circumstances) that caused me to better understand what I truly wanted. The initial draft below read much like a manifesto or rally cry and really solidified the overall objectives for the movement I intended to initiate with a talk. It’s the movement that’s coming together as we speak.

After crafting 14 different versions of the talk, nearly all of the original content changed. However, a few key statements remained.

There’s a lot of competition in this world. It seems like everything is a competition these days. From the moment we get out of bed (if we choose to do that) everyone is competing to command our time, money, and attention.

If we’re not careful, our resources can be consumed by those with the loudest voice, the greatest demands, or the biggest pull on our psyche. And sadly, for many of us, the biggest pull is often one that comes from a place of obligation, guilt, or societal expectations; rather than ones of joy, purpose, or alignment.

Typically, our expectations are ones that were born out of fear and conditioned responses to scarcity and lack — and they hold us in a box that does nothing but keep us limited and keep us from unleashing the pure potential within us.

We need to think bigger than the box.

We can choose not to live within the confines of a box. We can also choose to surround ourselves with people, projects, and organizations who want to work together and hold one another accountable to reach new heights.

The fact is, we are imperfect and while we are great, we don’t know everything. We are gifted with many things. Our gifts are specifically designed to be different, so they can complement one another.

Just as we heal our bodies and minds in community, I believe our businesses succeed in partnership with one another.

Collaboration creates synergy and synchronicity that cannot be achieved in a vacuum.

What if instead of calling out the loudest and in a singular fashion, we called in fellow peers and sang out in unison?

What if instead of paving the way for one, we channeled the way for an entire community and created a better way for humanity as a whole?

What if instead of hailing and bowing down to one leader, we helped everyone rise to the highest level they desire to attain and sustain.

What if instead of doing our own individual things, we sought counsel from one another to conceive and architect something even greater than we could have imagined on our own?

What if instead of trying to do it on our own, our individual brands and identities were backed and supported by a larger, alliance of comrades to mentor us and show us the way?

What if you stepped into the full authority of your life and your truth, honesty, and integrity led the way to a beautiful new beginning?

What if you walked away from everything that is “less than,” not fulfilling, and no longer serves you into a new reality filled with people and opportunities readily available with a resounding “Fuck Yes?”

What if you were surrounded by a collective of like-minded people who don’t just talk the talk, they actually walk the walk, and stand behind the words they speak?

What if you were encircled by others with beliefs and views that are different from yours and can expand and enrich your understanding because differences are respected, tolerated, and greeted with compassion and an open mind and heart?

What if you were able to be your true self always, and not have to leave your personal details, like your race, religion, sexual orientation (or lack thereof), and personal preferences at the door when doing business?

What if instead of feeling like “too much” for some people, you gathered with a coven of others who’ve been told they were too much; but at the same time are also damn sure they don’t want to tone down who they are or their message one bit?

What if the words we spoke stood for what we mean them to stand for and we demonstrated that with action?

What if instead of comparing themselves and feeling threatened by your success, your business partners genuinely backed you, cheered you on, and encouraged you to go even farther than you dreamed?

What if instead of creating art with the dull, flat color of one brush, your work became an amazingly beautiful mosaic with the brilliant perspectives of those who’ve gone before you?

What if instead of worrying about the lower frequency of those who happen to fall into your orbit, you purposefully connected with a band of high vibration peeps, to gain significant and mounting momentum?

What if instead of hustling all night long, alone, and frustrated; we could depend on each other and the Universe to have our back?

What if instead of being anxious about tomorrow and what may or may not come, we could trust in the knowing that we are deserving of good things and allow them to flow to us.

What if the rebels and the black sheep of the families banded together to form their own family of choice and they generated a love so strong it resonated so deep and wide it healed beyond measure?

What if that same group of black sheep started a rebellion, but the rebellion was led with truth, honesty, authenticity, and love instead of hate?

What if instead of bashing the tough times and difficulties we endured, we cherished them for the lessons we learned, and used them to our advantage to enter the 5th Dimension and beyond?

Yes, it can be scary and vulnerable to let someone in on your story and share your secrets. Sure, there’s a possibility you could lose something.

You know what? There’s an even greater possibility to gain more than you imagined. Isn’t that what you want?

Chances are you’ll lose more fear than you imagined. You may also lose that Imposter Syndrome you’ve been obsessing about. You may lose a bit of sleep because you’re so passionate about your new direction. You may lose the nagging worries about how to do that thing you don’t understand because you now have a team of experts at your fingertips.

Can you see how that would make a difference for you and your business?

Can you envision a future where you make choices that light you up and your business is lined up with your hopes, goals, and dreams?

Can you picture your financial life flowing and matching the abundance you feel in your purpose?

Close your eyes and feel into your heart.

There. Manifestation begins in your heart.

As you’ve heard, if you feel like you don’t fit in, it’s because you were born to stand out.

There’s a place for you here.

Tomorrow, I’ll share the steps I took that landed me on the TEDx Stage.

Because this isn’t about my story, but one we’re developing for the larger collective, I’m excited to feature instruction in this series from other TEDx speakers and experts who are Collaborative AF. In this series, we’ll discuss talks from many different angles—from manifesting one, to crafting the content, practice and delivery, social media promotion for your talk, and cultivating connections to capitalize on the momentum after giving your talk.

Stay tuned and be sure to subscribe to the newsletter for updates.